Foreclosures are just one of many challenges facing our country in this economic crisis. People are not only failing to pay their mortgages, but they have also fallen short on many other obligations. Paying taxes is one of them. It has become common for an IRS lien to appear on a title report.

The IRS, however, is not in the business of owning real estate so they regularly work with taxpayers to release the property from the lien. They do not discharge the lien altogether, but examine the transaction and often release the property when they can determine there will be no proceeds because the property is over–encumbered. Read on to find out how one settlement agent was duped into assisting a real estate investor trying to defraud the IRS. 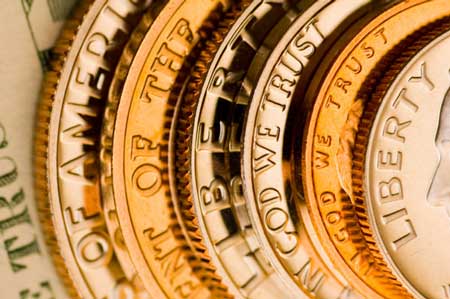 One deed and one lien

One of our sister offices in Las Vegas opened a sale transaction. The seller was a real estate investor who purchased the property only a few months earlier. Title was held as John Doe, an unmarried man. When the title report came in it showed the property was encumbered by only one deed of trust along with a tax lien. The tax lien was against a limited liability company (LLC) and its members, one of whom was our seller Doe. The settlement agent, Betty, contacted Doe to inform him she needed to order a demand from the IRS.

He explained the lien was against the LLC, was not his personal obligation and should therefore not affect his sale. Betty explained she could not close without a release of lien for this property from the IRS. She asked Doe if she should proceed with ordering a demand from the IRS or if he would be contacting them to negotiate a release of the property only. Doe told her he would take care of it.

A couple of weeks later Doe asked Betty to update the title report, as there should be a second deed of trust of record. He also requested a HUD–1 Settlement Statement showing a payoff of both loans resulting in no proceeds to him. He planned on submitting the HUD–1 to the IRS to induce them to release the property from the tax lien. Betty thought this was odd and contacted management.

Unbeknownst to Betty – Jane, another settlement agent within the Company, handled the initial purchase of this property for Doe. Jane contacted management about the IRS lien, as she had heard the property was under contract and now in escrow with another settlement agent within the Company. Jane was curious about the IRS lien since it was against the LLC and not Doe individually, and did not appear on her title report when Doe acquired the property.

Since both calls came at the same time, management reviewed the updated title report and documents. The second deed of trust had been prepared by someone in the Company and notarized by Jane. Management noticed the document was dated two months earlier, when Doe purchased the property, yet it was recorded only a few days ago. When management inquired about the document, Jane explained Doe had come into her office and said he forgot to have her prepare and record a deed of trust in favor of his investor on the purchase. He asked her to help him out, and she allowed Doe to back–date the deed of trust and she back–dated the notarial certificate. Jane gave the original to Doe who promptly recorded it.

Doe was contacted by management who told him they would not be providing him with an updated title report reflecting this fraudulent deed of trust. They made it clear to Doe Our Company would not assist in defrauding the IRS. Fortunately they were able to convince Doe he was headed down the wrong course and he did not proceed.

Settlement agents are considered the last honest people in a real estate transaction. The IRS certainly counts on it. When the IRS agrees to provide a release in order to allow a taxpayer to sell their over–encumbered property, their approval is conditional. It is conditioned upon receipt of a HUD–1 Settlement Statement confirming the seller received no proceeds. The IRS knows, per Title 18 U.S. Code Section 1001 and 1010, “It is a crime to knowingly make false statements to the United States on this or any other similar form. Penalties upon conviction can include a fine and imprisonment.” Upon confirmation from the settlement agent the IRS prepares and records their release.