Is Title Insurance Worth It? Fraud Victims Covered… 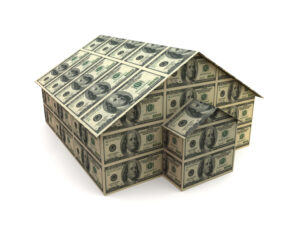 Fortunately for the escrow officer and her brother, they purchased title insurance at closing. They immediately notified the claims department of their loss. The claims officer began researching how the buyers could have lost the property to foreclosure when they had not mortgaged the property in the first place.

A Shell Game Indeed…
What he found was shocking. In 2010 the original owners fell on hard times and stopped making payments to Bank of America on both their mortgage and Home Equity Line of Credit (HELOC) as evidenced by more than one recorded Notice of Default in public records. Shortly thereafter the owners recorded a Substitution of Trustee and Deed of Reconveyance for each loan. These documents purportedly released the two Bank of America loans. They were supposedly signed by an authorized representative of BAC Home Loan Servicing, LP, but were not signed in the home office of Bank of America. Instead these two releases were signed, according to the notary, in Placer County, Calif.

Next, the property owners deeded their (now free and clear) piece of property to a company, called Atlus Equity, LLC, which subsequently listed and sold the property to our escrow officer and her brother for $190,000. The tenants living in the property received Notice of Trustee’s Sale and stopped making their monthly rent payments to save for an impending move once the foreclosure occurred.

“The claims department is standing by to write the check to Bank of America in exchange for their deed.”

In the meantime, the escrow officer and her brother have been working with the claims officer to settle with Bank of America to deed the property back to them. The Trustee’s Deed Upon Sale states the bank is due $189,000. The claims department is standing by to write the check to Bank of America in exchange for their deed.

Sadly, after a search in the claims system, we have discovered this same scam has been pulled by the same individuals at least five times leading up to this claim.

Moral Of The Story
There are specific elements that we are cautious of when examining title for free and clear property. Specifically, we investigate the event that led to mortgages being paid in full and review recorded lien releases and investigate their authenticity if they appear to be executed outside of the main lender office.

What do you think? Is title insurance worth it? Please share your thoughts by commenting below.