How to Steal a Mansion

The Property listing reflected an 8,141 square foot home as having seven bedrooms, 10 bathrooms, a four car garage and a guest home (mother–in–law quarters). The home was newly constructed, but unfinished. The construction lender had to foreclose and take the property back and sell it as an REO (bank owned) property. 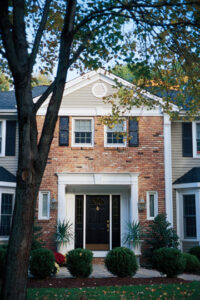 On December 27, 2013, Jackie L., an escrow officer with one of our affiliate operations, received a copy of an offer made online for the mansion in the amount of $549,900 (full list price).

The online offer form was sent to Jackie along with a copy of what she thought was the earnest money deposit of $5,000. The deposit was tendered in the form of a Money Order sent directly and made payable to the asset manager. Upon closer inspection Jackie realized the money order did not just represent the earnest money – it was for the full amount of the purchase price $549,900!

The listing agreement called for a commission to be paid to the buyer’s agent in the amount of $10,668 and the contract called for an additional $5,499 to be paid by the buyer to the agent at closing. Needless to say the agent was anxious to close this transaction.

The contract called for a closing date of January 15, 2014. In anticipation of the closing, the asset manager deposited the money order and on January 3, 2014 wired the $549,900 to Jackie’s office.

Jackie reviewed the offer and the other attached documents. The following did not make any sense:

This file gave new meaning to the phrase “If you can’t dazzle them with brilliance; baffle them with bull$#@%!” The documents looked official, since they all contained the property address and the name and address of the asset management company. However, all the above documents were written with legal jargon inserted in every sentence until the sentence made absolutely no sense.

Jackie was suspicious, to say the least. Even though she received the wire for the full purchase price and the buyer was prepared to close, she thought she should just make sure the money order cleared at the bank, especially since the asset management company happened to be a wholly–owned subsidiary of the FNF Family of Companies.

Jackie’s expertise and actions saved the FNF Family of Companies from a potential loss. Had she disbursed the funds in her trust account to the REO Bank and recorded the deed to the buyer it could have taken weeks, if not months and multiple court actions, to unwind the transaction after the asset management company discovered the money order was counterfeit. For her heroic acts, Jackie has been rewarded and received a letter of recognition from the Company.