Title Insurance and Trust Company, often called “TI” , opened for business on January 15, 1894, with about 30 employees. TI was the direct outgrowth of the merger of two earlier companies, the Abstract and Title Insurance Company and the Los Angeles Abstract Company, which had been started in the real estate boom of the 1880s. The original founders of TI were William H. Allen Jr., Otto F. Brant and Oliver P. Clark, who later became known as “the A.B.C.s.” When TI began operation, the population of the city of Los Angeles was 66,000, and the county population, 122,000. In 1992, Ticor was acquired by Chicago Title & Trust, which issued the first guarantee policy in Cook County, Illinois, in 1881. In 2000 Fidelity National Financial Inc. (NYSE: FNF), the premier real estate service company, providing title insurance and other real estate-related services, acquired the Chicago Title Corporation, creating the largest title organization in the world.

Ticor Title is a member of the Fidelity National Financial, Inc. family of companies. FNF is a leading provider of title insurance, mortgage services, and diversified services. In financial strength and claims-paying ability, Ticor Title and FNF consistently receive high marks. FNF is ranked #402 in the 2019 Fortune 500 list.

Ticor Title is one of the nations premier real estate service companies, providing title insurance and other real estate-related products and services. Our employees are committed to providing our customers with a level of satisfaction that is unparalleled in the title insurance industry. Based on our experience and expertise, we are confident that you’ll see the difference.

FNF is consistently recognized as an industry leader by highly-respected organizations. Accolades bestowed on the company over the past decade include: 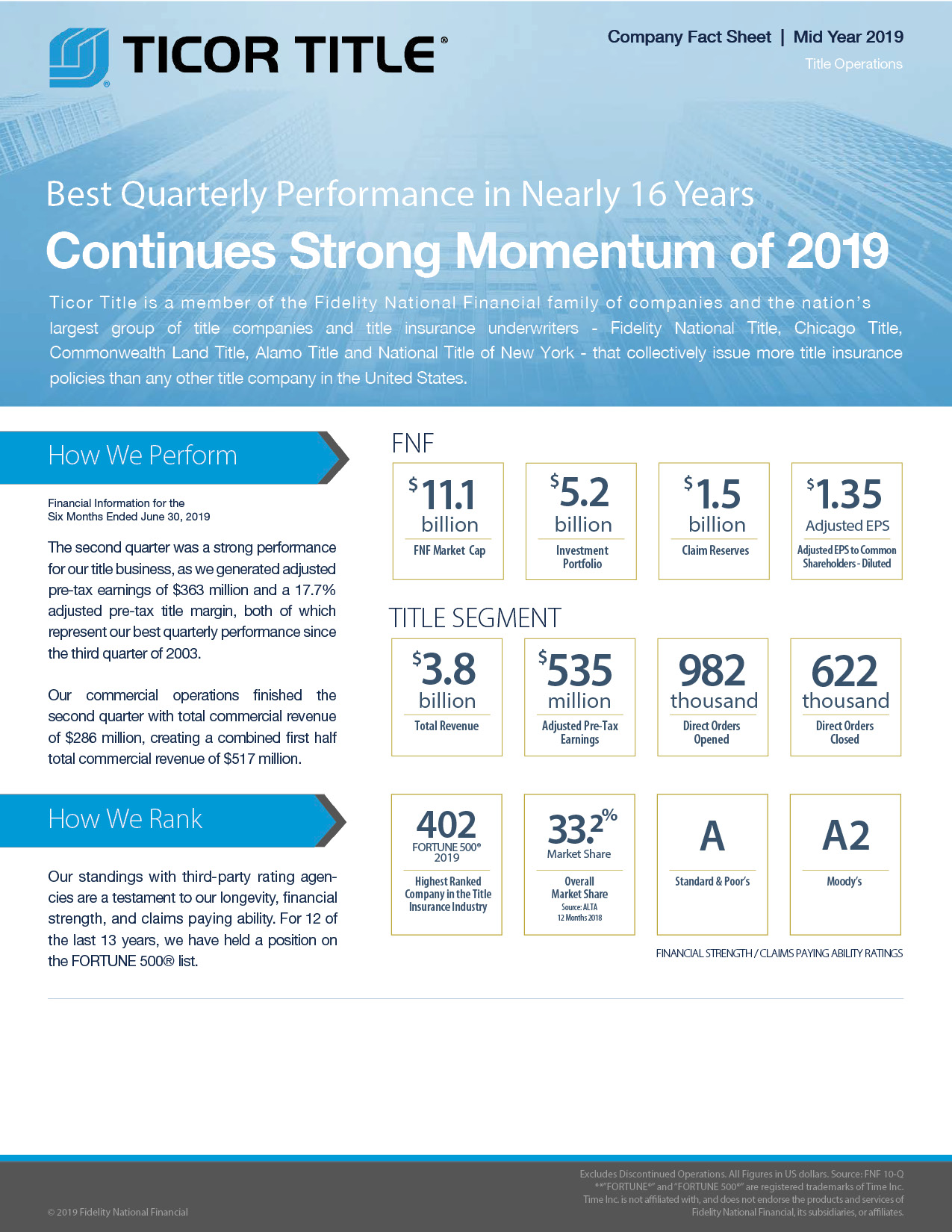 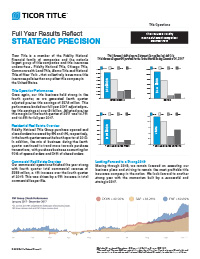