A Tale of Short Sale Smoke and Mirrors

What do you do when the first lien holder’s statement requires no more than $1,000 to be paid at closing to the second lien holder on a short sale and the real estate brokers offer to pitch in?

Chasing Down the Loan Servicers 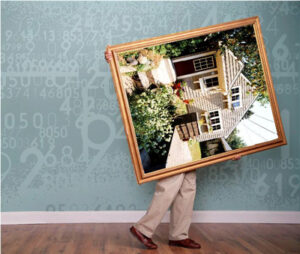 Malou G., an escrow officer at one of our sister branches, opened a short sale on April 5. The listing agent had started negotiating with both the first and second lenders on the property. The first lender, Chase, had accepted a short sale payoff in the amount of $604,908.42, per their demand dated April 16, which was only valid until April 25. Chase had a payoff deadline of April 25, as the servicing of the loan was to be transferred to Litton on April 28. According to a Chase representative, there was no assurance Litton would accept the same short sale terms the sellers had made with Chase. If the escrow had not closed by the deadline, the sellers would have to re-negotiate the short sale with Litton.

At the same time, the listing agent was negotiating with the second lender, HSBC, to accept $1,000 as a short sale payoff. According to the listing agent, HSBC had verbally accepted the offer. However, they had not faxed a demand to escrow despite diligent follow ups by the listing agent and escrow officer. By April 26 the listing agent informed Malou he had spoken to someone at HSBC and they would NOT accept the $1,000 short sale offer after all. Instead they demanded $10,000!

At this point, Chase had withdrawn their offer as the first loan and it was being transferred to Litton. On April 30, Malou finally received a fax from HSBC agreeing to the short pay for $10,000. The listing agent started re-negotiating the offer of the short sale with Litton.

It took a while for the listing agent to get Litton to accept the short sale. Finally on June 6, Litton faxed Malou a short sale statement for $604,323.74. The statement called for HSBC to receive only $1,000 at closing. The listing agent continued to negotiate with both lenders and kept reassuring Malou there was a way to satisfy all parties. Malou’s response was to have everyone agree to the terms of the short sale, including both payoff lenders.

Payment to the Lender Outside of Closing?

The listing agent insisted the escrow could close on the $1,000 fax cover letter from HSBC and that he would handle the $14,000 payment after closing.

Malou decided to call HSBC to see if they really had agreed to accept the balance of $14,000 post-closing from the listing agent. The agent Malou spoke to said they would have to investigate and call her back.

In the meantime, Malou contacted Litton to find out if they would amend their statement to allow for the listing agent to credit the $14,000 to the seller and for HSBC to ultimately receive $15,000. Litton flat-out refused. They would not agree for HSBC to get any funds in an amount more than $1,000, and stated that if there were more funds in the transaction they should be paid toward their shortage.

A Request for Two Settlement Statements…

On July 9 Malou received cancellation instructions. She cancelled her transaction, but kept track of the property address and parties’ names only to find out the transaction was closed by a competitor company on July 18.

The Moral of the Story

Four years ago the FBI announced its launch of a Mortgage Fraud Task Force. The government task force is charged with the research and discovery of impropriety during a short sale. Anyone involved in deception is investigated and prosecuted.

Beware! When lenders negotiate short sales on government-backed loans, the lender looks to the loan sponsor (FHA, VA, FNMA, GNMA) for full or partial reimbursement of their losses. The government reviews the transaction before issuing the reimbursement funds to the lender. However, they have the right to refuse payment if during the government’s investigation they uncover any of the following items: