Many people have tapped into the equity of their home to consolidate debt. For years, settlement agents have closed refinance transactions which include instructions from the lender to pay off a list of credit cards. Over the years our industry has learned the pitfalls associated with making these payments but a new risk has emerged. Read on for the details.

In recent years many employers have beefed up their job application requirements in order to be eligible for hire. Job seekers are now subject to background and credit checks. Failure to manage personal finances can result in one’s inability to find a job in one’s desired field. This turned out to be the case for one borrower. 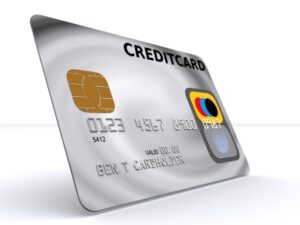 In 2012 a gentlemen applied for a new loan. On his application he indicated he was applying for a debt consolidation loan as he had several credit cards with outstanding balances. The lender approved his application and opened the transaction with the local title company. Title prepared the title report and a payoff statement was ordered. The lender sent the loan documents to the closer who met with the borrower to have them executed.

At the signing the closer explained to the borrower the loan required the payment of several credit card balances. She asked him to provide the account number and payment address for each card. The borrower promised to send her the information.

Four days later, the rescission period expired and the lender funded the loan. The closer contacted the borrower and asked him again for the payment information in order to send the payments for his credit cards. The borrower told her he would have to call her back. He did not. Eventually the closer sent the checks to the borrower to send in with his billing statements. He never did. The checks became dormant and were never cashed.

The closer never followed up. In 2013, the borrower finally called his closer back. He did not call her to provide her with the payment information. No, he was calling to complain.

The borrower decided to pursue a new career and become a police officer. He attended the police academy and successfully finished his training. Next, he had to pass a background and credit check. He authorized the police department to run these checks. He failed the credit check. The police department would not hire him because he had outstanding credit card debts; debts he thought were paid by the closer when she closed his refinance.

The customer called the closer and blamed her for his inability to be hired as a police officer. He threatened to bring legal action against the title company citing its failure to pay his debts and its interference with his ability to obtain a job. Unbelievable!

The closer reminded him she asked him for this information repeatedly. She also found it hard to believe he never received delinquent notices in the last year.

Moral of the Story

Right or wrong anyone can sue. Lawsuits cost money to defend. All of this could have been avoided if the closer had simply followed these steps: